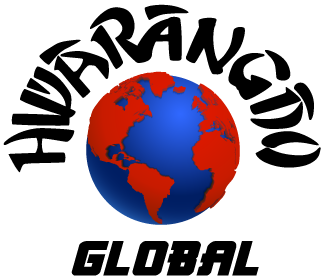 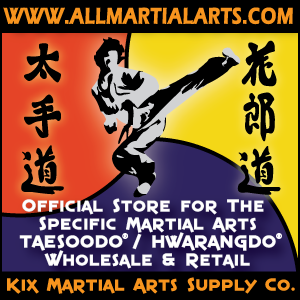 Another amazing summer of Tomorrow’s Leading Knights (TLK) Summer Camps have wrapped up at the Hwa Rang Do® Minneapolis Academy!  And although, we have our eye on fall & winter programming (and even next summer already), it is important we reflect on the memories of the past few months.

This summer, with our 6 total summer camp sessions, we served many returning and new families! We had children who practiced martial arts for the first time that are now continuing their training through our TLK Afterschool Program. The themes of our camps were: Robotics Week, Around the World, Pharaohs of the Dojang, Sustainability Camp, Ninja Warrior Week and Production, Stunts & Choreography Week. 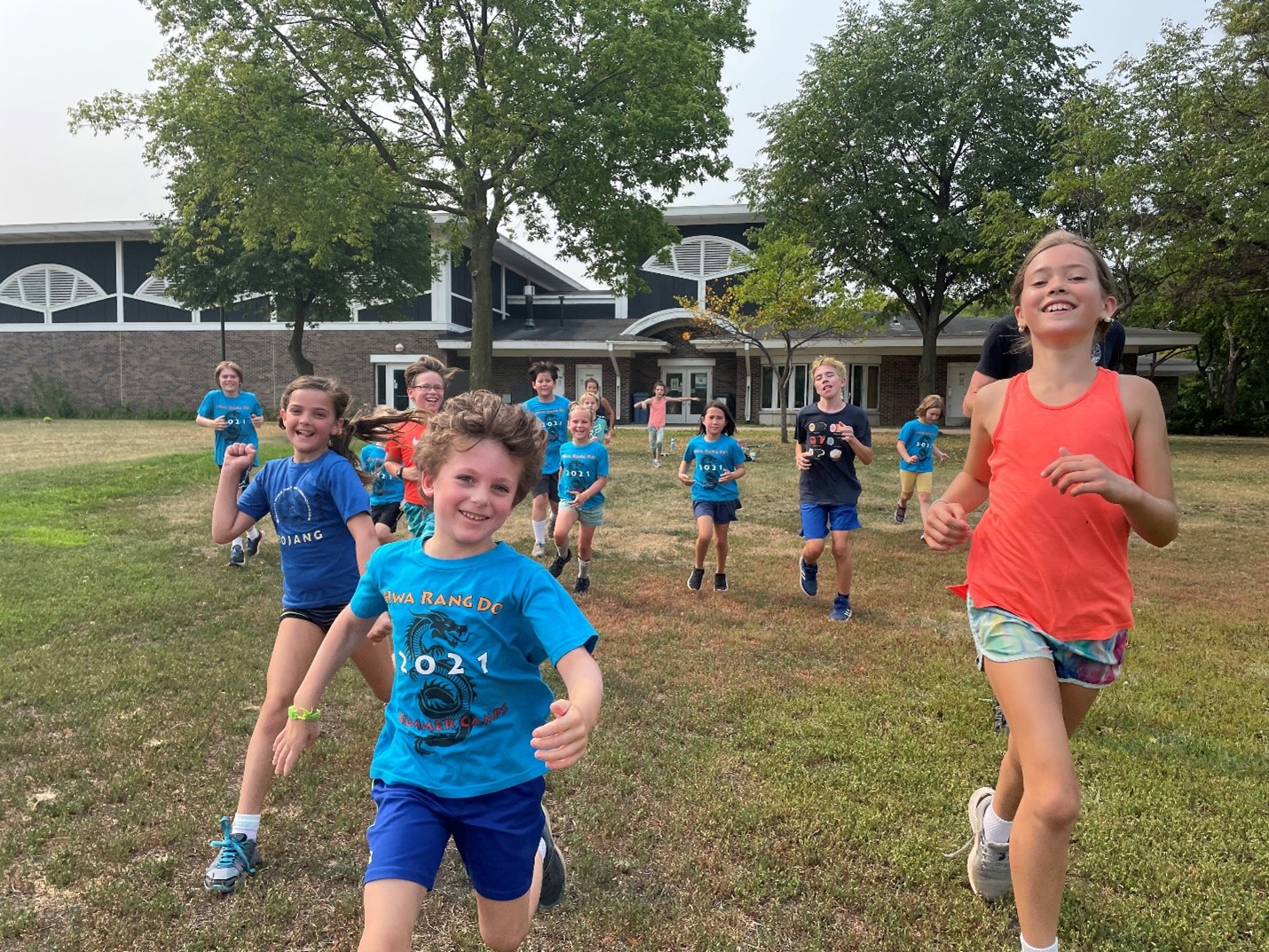 Picture above: A group photo after the kids ran a mile at a local park

The children had full days which included 3 hours of martial arts training (broken into two training sessions) two sessions with activities based around the theme of the week, free time, which always included the beloved mat-game "Three Step ", and some much needed time in nature.  The program is fueled by the children and the children are fueled by the program. 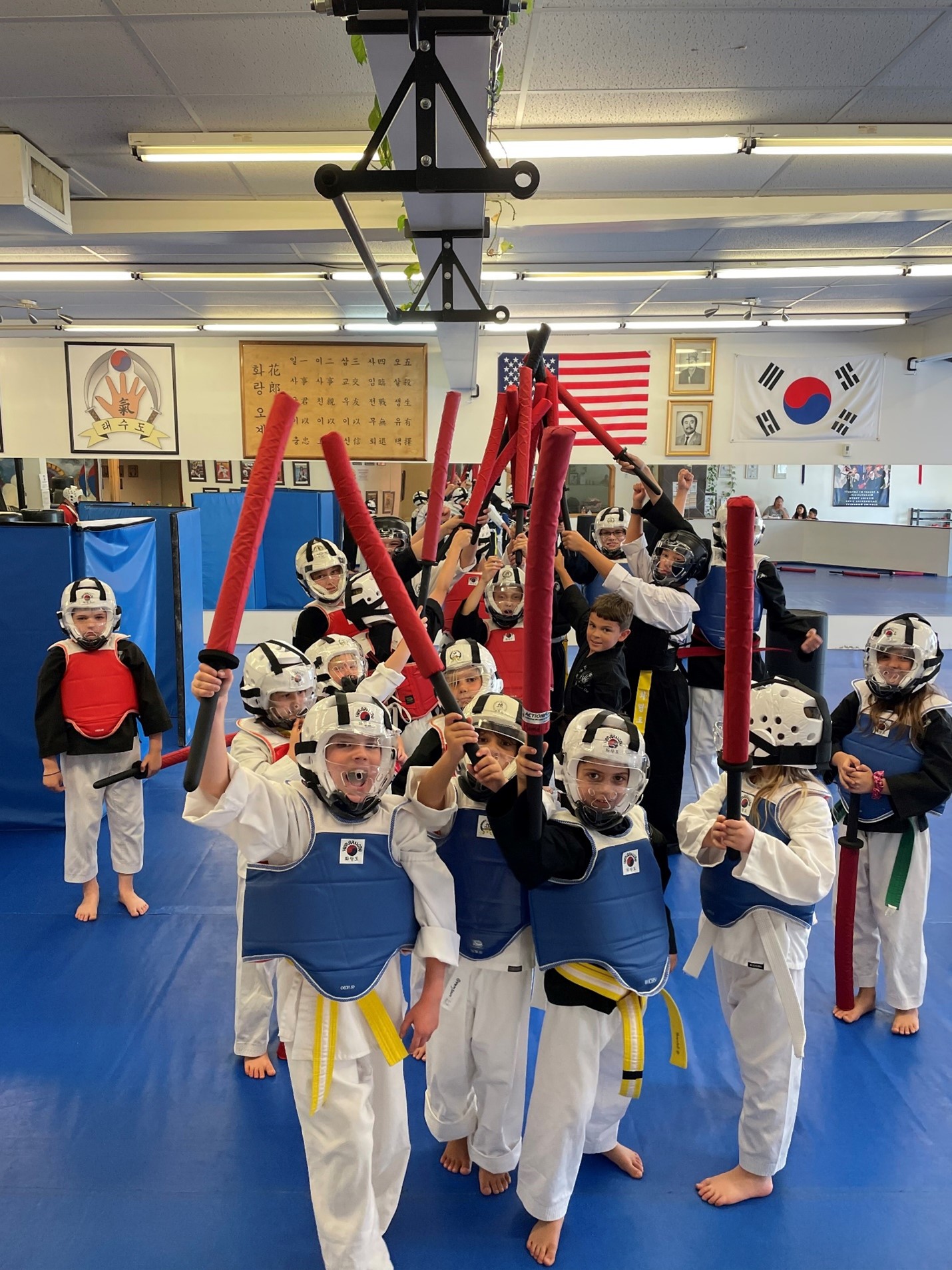 Picture above: The kids after a weapon training session.

The TLK staff observed children who at the start of camp were too shy to share their name with the group, that by the end of summer  had grown confident and  created new friendships; we saw our youth take control of their emotions and rather than react, they responded skillfully; we witnessed martial artists level up in their Tae So Do® training and reach new heights as young leaders, both on and off the mat. We can attest to all of this and more! 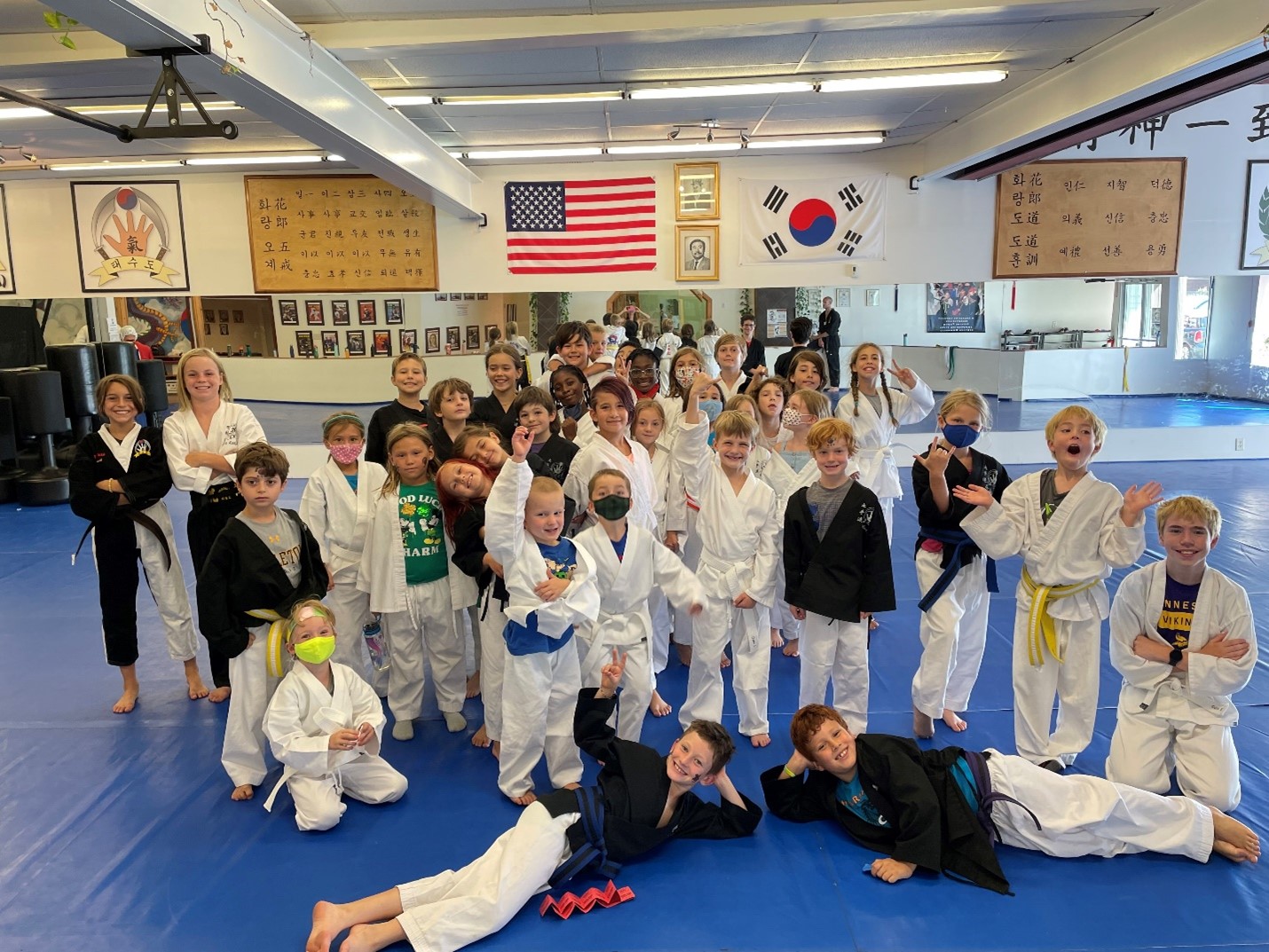 Picture above: A group photo after a morning session of training.

One memory particularly sticks out.  We took a field trip to a local Ninja Warrior gym where for much of the time, the kids were able to have free reign and complete various obstacles.  At one point, in our 2-hour block, a Ninja Warrior staff posed a challenge for the children.  They had three chances to take on the Warped Wall where at the top a ticket for a free open gym session at the Ninja Warrior course was waiting for them.  All of the kids were in a single file, watching eagerly as the child in front of them took their turn.  Without any direction from staff, the children began cheering for each other!  Often the kids did not complete the task on the first try, to which those waiting in line responded by cheering louder for them, until there was an even louder eruption of cheers and applause when they did grab their special ticket! 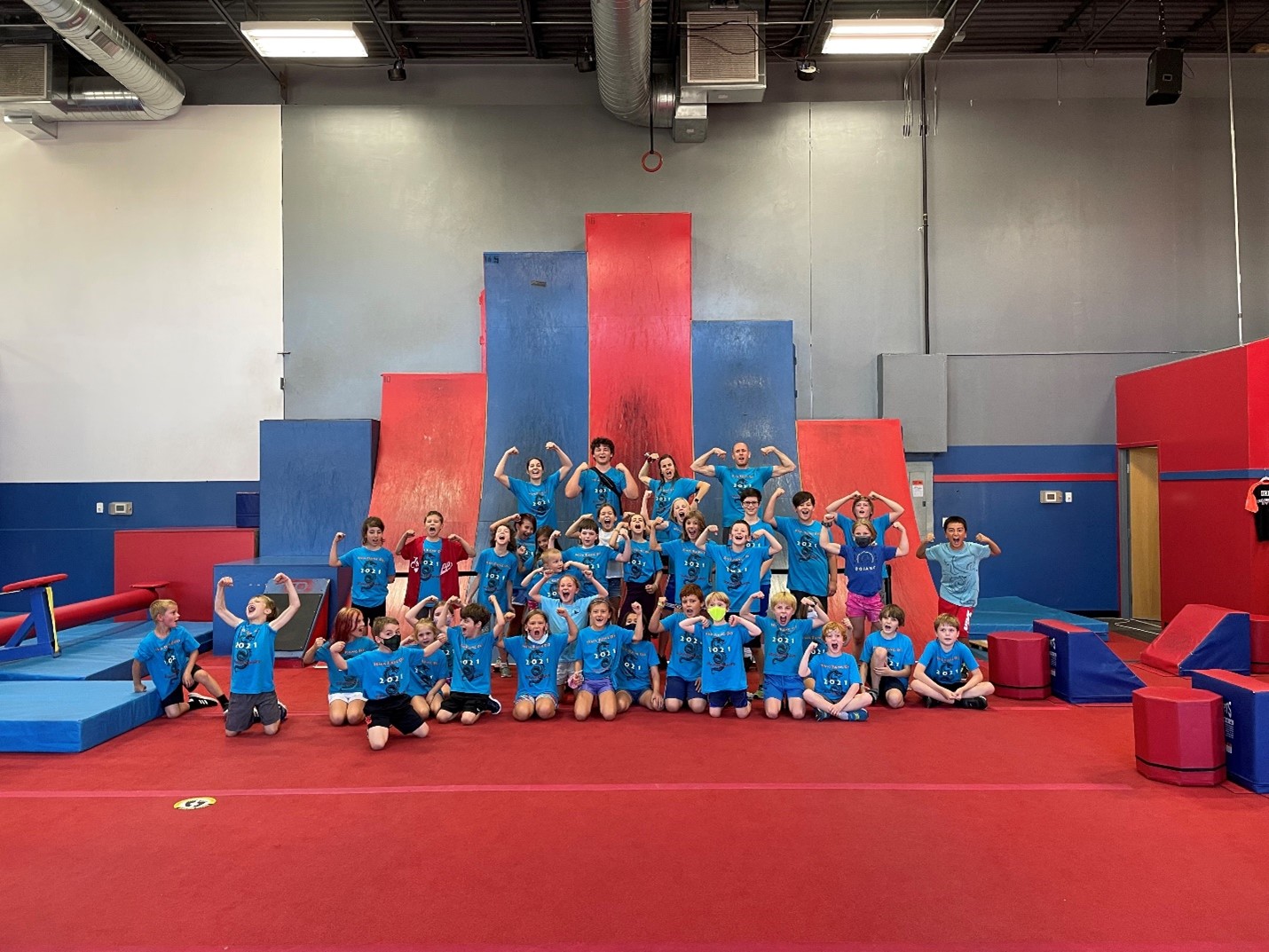 Picture above: The Warped Wall at a local Ninja Warrior course.

The youth who participated in the TLK Summer Camps built community, created friendships that have grown past the four walls of the academy, they trained hard and put their sweat; and yes, sometimes blood and tears on the mats, and they had fun in a safe place with other kids their age. 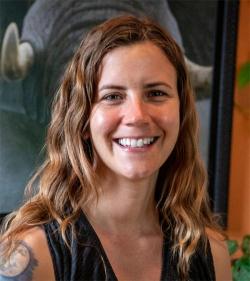