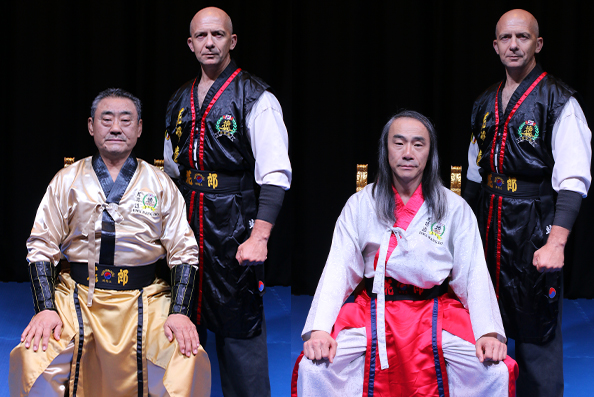 He is a Lieutenant Colonel in the honorable Italian Military Police (Carabinieri), serving as the Chief of the Cybersecurity Center in the Carabinieri Headquarters and currently holds a 4th Dan Susuk Sabum rank in Hwa Rang Do®; he is a father of two beautiful daughters, and a loyal husband to his beloved wife, his soulmate, his first Hwa Rang Do student, Giulia Felicetti. He is none other than Chief Instructor Marco Mattiucci. There are many who seek to become a Hwa Rang Do Instructor and they come from all over the world with grand ideas of grandeur and all sorts of shallow promises, brimming with self-conceit, but only a very, very few ever acquire the Black Sash rank, and only a minute brave souls remain for over two decades. (Read his Hwarang Journey in Budo International)

Chief Instructor Mattiucci is of course no ordinary man and as such he was able to meet the extraordinary expectations and requirements of being a Hwarang, as it should be. Hwa Rang Do by its nature weeds out those who are corrupt at heart, breaks those who are arrogant, reveals those who are pretentious charlatans, and is unyielding to those who are self-righteously self-centered. This is why we say that Hwa Rang Do is a Legacy of Loyalty and one cannot be loyal if they are neither selfless nor humble. And in fact, without humility one cannot truly love, and loyalty is a component of love.

To be absolutely clear, I am not talking about self-love. It has somehow been enculturated into our current society that in order to love others, you must first love yourself. This is nonsensical and untrue. When you begin to love yourself, all you gain is self-conceit and vanity, which then cannot promote love for others. The value of our human existence is not on how much you feel you are worth, but on whether you are valued by others. You can think all you want on how great you are, but unless others recognize your greatness, you will never get what you think you deserve. In essence that is the problem, the feeling that you deserve something more, something better. Loving the self, enhances greater self-worth and promotes the feeling of deservingness and entitlement, which then when unfulfilled leads to unhappiness, misery, and anger.

This is why the Teacher says, “The least shall be first.” Chief Instructor Mattiucci is one of the humblest men I have ever met, and this is why he remains and has become first in Hwa Rang Do for his country of Italy. We have shared many unforgettable moments together of trials and tribulations, joys and sorrows, laughter and tears, which are too many to tell. However, it is true that because he has held himself lowly, among the least, that God has blessed him with having most; most in value by others, most in expectations, most in responsibilities and obligations, most in adoration and respect, all weighing as heavily burden as it turns out that to be least requires enormous strength and endurance. Thus, he is burdened with the heaviest of loads to bear. It is because he is humble that he does not break, does not give up, does not get disappointed or anger, but continues on his path steadily, relentlessly, courageously as an exemplar of a Hwarang, of a man of God.

On behalf of Dojoonim Supreme Grandmaster Dr. Joo Bang Lee and myself, we congratulate you, all the Instructors, and Students on Hwa Rang Do® Italy's 20th Anniversary and we look forward to another thousand years with you. 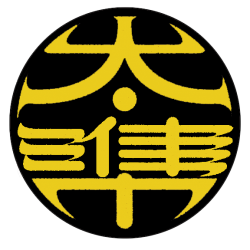